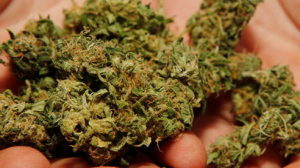 Thousands of Texans smoke marijuana for recreational purposes or as a part of an ongoing drug habit. It is no secret that marijuana is considered a gateway drug. Marijuana is often purchased on the streets of Texas form people who deal this substance.

Most people know at least one individual who smokes marijuana. They typically use this person as a contact get marijuana from dealers. Governing officials have not made this substance legal for recreational use within the state. In 2017 this law is expected to change by allowing medical marijuana to become a prescribed drug for medical use.

Cocaine Use in Texas

Cocaine is a big problem within the state of Texas. This illegal narcotic is often ferried through the Texas corridor to other parts of the United States. Organized drug traffickers often use the Texas highway system for this purpose.

There are plenty of cocaine users and addicts within the state as well. There are 27 million people that reside within this state. At least 1.4% or 378,000 of them use cocaine. Crack cocaine usage can also be included within this statistic. Many crack users also dominate the landscape in Texas.

Attorney Mark W. Bennett, a well known and respected Houston criminal defense lawyer, has helped may Texans that were wrongfully accused of drug possession offenses at the state and federal level. If you’re in need of solid legal counsel, call his office at 713-227-1747.

Heroin Use in Houston & Texas

Heroin usage within the state of Texas has increased at an alarming rate. Heroin usage and addiction has been on the rise within the U.S. since 2011. However, heroin usage within Texas has been influenced directly by its location. Since Texas is an entry and distribution point for drug trafficking; there is a constant supply of heroin that can be found all over the region. Heroin dealers often deal their drugs locally within low-income and poverty-stricken neighborhoods. 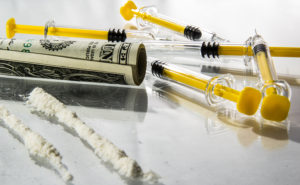 Opioid drug use is not that common in Texas. Many Americans are not that attracted to opioid drug use, but a few indulge in the use of this substance. Opioids are brought into Texas and are sold as a specialty drug for select users. People who usually deal with heroin typically have access to opioids.

Methamphetamines or meth is a popular drug that has been around since the 90s. This narcotic substance is commonly manufactured and sold from homes that have been designated for this type of use. Dealers even sell this drug to users at clubs, parties, concerts and other social events. Meth is highly addictive but abuse rates have fallen over the years.

Keep in mind that it is a criminal offense for people to sell or use these drugs. Texas has specific laws and penalties pertaining to the possession and distribution of these narcotic substances. The drug culture in major Texan cities (such as Houston) is also a very profitable business. This is one reason why it is hard to stop the trade that takes place there.